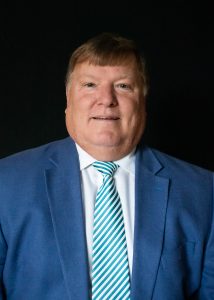 Pastor Jim Adomeit was born and raised in Saginaw, Mi.  He attended Michigan Lutheran Seminary for high school and Northwestern College for his undergraduate degree.  He graduated from Wisconsin Lutheran Seminary in 1981, and was assigned a congregation in Elmwood, WI.  After 7 years there, he took a leave to study Marriage and Family development at Eastern Michigan University, where he earned a Master’s degree.  He was then called to Beloit, WI, where he spent 17 years as their pastor.  In 2007, he accepted the call to St. John, Waterloo, WI, and has been here since then.  Pastor Adomeit is married to Janice nee Jensen, and has 3 children.

His favorite passage is Psalm 46:10a, “Be still and know that I am God.”  When the frenzy of life sucks us in, we need to calm ourselves and remember who is in control. 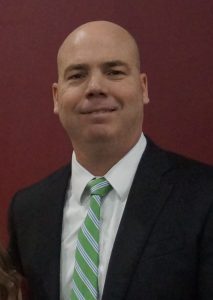 Pastor Chris Esmay was born in El Paso, Texas. He grew up out west in Colorado and Wyoming. He attended Northwestern College in Watertown, Wisconsin from 1991-1995 and Martin Luther College in New Ulm, Minnesota where he was graduated in 1996. And where he met his wife, Kerri. The two were married in Lansing, Michigan in 1998. He studied at Wisconsin Lutheran Seminary for 4 years, including a vicar year in Ft. Worth, Texas. In 2000, upon graduation he was assigned to serve St. Paul Lutheran Church in Ottawa, Ontario, Canada. In 2005 he accepted the call to serve King of Kings Lutheran Church in Alexandria, Louisiana. In 2013, to Beautiful Savior Lutheran Church in Topeka, Kansas. And in 2019 he and his wife, Kerri, accepted calls to serve the saints here at St. John as pastor and preschool director. They are blessed with two teenage children, and now a big family at St. John.

Jesus’ favorite book, the Bible, has so many favorite passages. Here’s one: “[Nothing] compare[s] to the surpassing greatness of knowing Christ Jesus my Lord” (Philippians 3:8). Amen. And amen.